One of our 2001 graduates, Dr. Ali C. Begen (https://ali.begen.net), received an Emmy®  Award in Technology and Engineering from the National Academy of Television Arts & Sciences (NATAS). 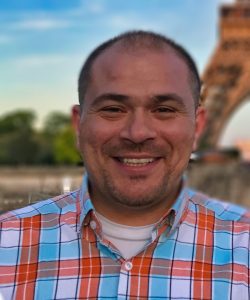 The academy awards the Technology and Engineering Emmy® Awards to the “tool makers” of the industry that materially have affected the television viewing experience. Dr. Begen has been a member of the MPEG Systems Working Group since 2010. He has co-chaired a group of experts that have developed the ISO standard called Dynamic Adaptive Streaming over HTTP (DASH). This ISO standard played a crucial role in providing ubiquitous media access to billions of people worldwide. This year, the DASH standard was among the technologies receiving the highest honor from the academy.

For more information on this year’s awards and to watch the award ceremony, visit https://theemmys.tv/tech-73rd-award-recipients/.