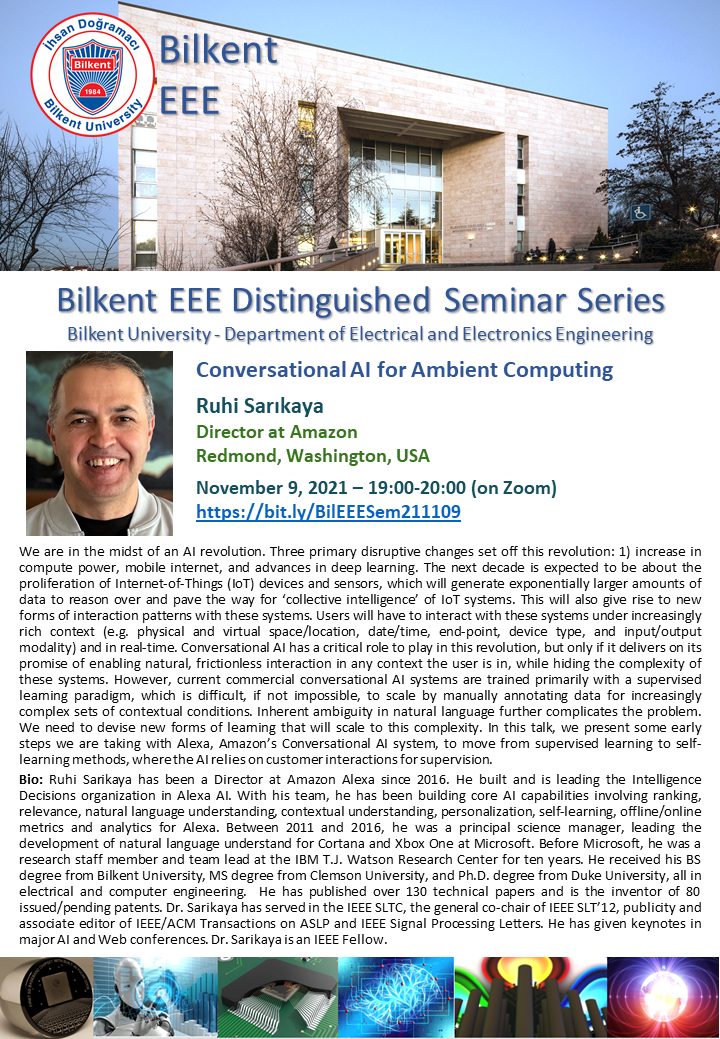 We are in the midst of an AI revolution. Three primary disruptive changes set off this revolution: 1) increase in compute power, mobile internet, and advances in deep learning. The next decade is expected to be about the proliferation of Internet-of-Things (IoT) devices and sensors, which will generate exponentially larger amounts of data to reason over and pave the way for ‘collective intelligence’ of IoT systems. This will also give rise to new forms of interaction patterns with these systems. Users will have to interact with these systems under increasingly rich context (e.g. physical and virtual space/location, date/time, end-point, device type, and input/output modality) and in real-time. Conversational AI has a critical role to play in this revolution, but only if it delivers on its promise of enabling natural, frictionless interaction in any context the user is in, while hiding the complexity of these systems. However, current commercial conversational AI systems are trained primarily with a supervised learning paradigm, which is difficult, if not impossible, to scale by manually annotating data for increasingly complex sets of contextual conditions. Inherent ambiguity in natural language further complicates the problem. We need to devise new forms of learning that will scale to this complexity. In this talk, we present some early steps we are taking with Alexa, Amazon’s Conversational AI system, to move from supervised learning to self-learning methods, where the AI relies on customer interactions for supervision.

Bio: Ruhi Sarikaya has been a Director at Amazon Alexa since 2016. He built and is leading the Intelligence Decisions organization in Alexa AI. With his team, he has been building core AI capabilities involving ranking, relevance, natural language understanding, contextual understanding, personalization, self-learning, offline/online metrics and analytics for Alexa. Between 2011 and 2016, he was a principal science manager, leading the development of natural language understand for Cortana and Xbox One at Microsoft. Before Microsoft, he was a research staff member and team lead at the IBM T.J. Watson Research Center for ten years. He received his BS degree from Bilkent University, MS degree from Clemson University, and Ph.D. degree from Duke University, all in electrical and computer engineering.  He has published over 130 technical papers and is the inventor of 80 issued/pending patents. Dr. Sarikaya has served in the IEEE SLTC, the general co-chair of IEEE SLT’12, publicity and associate editor of IEEE/ACM Transactions on ASLP and IEEE Signal Processing Letters. He has given keynotes in major AI and Web conferences. Dr. Sarikaya is an IEEE Fellow.