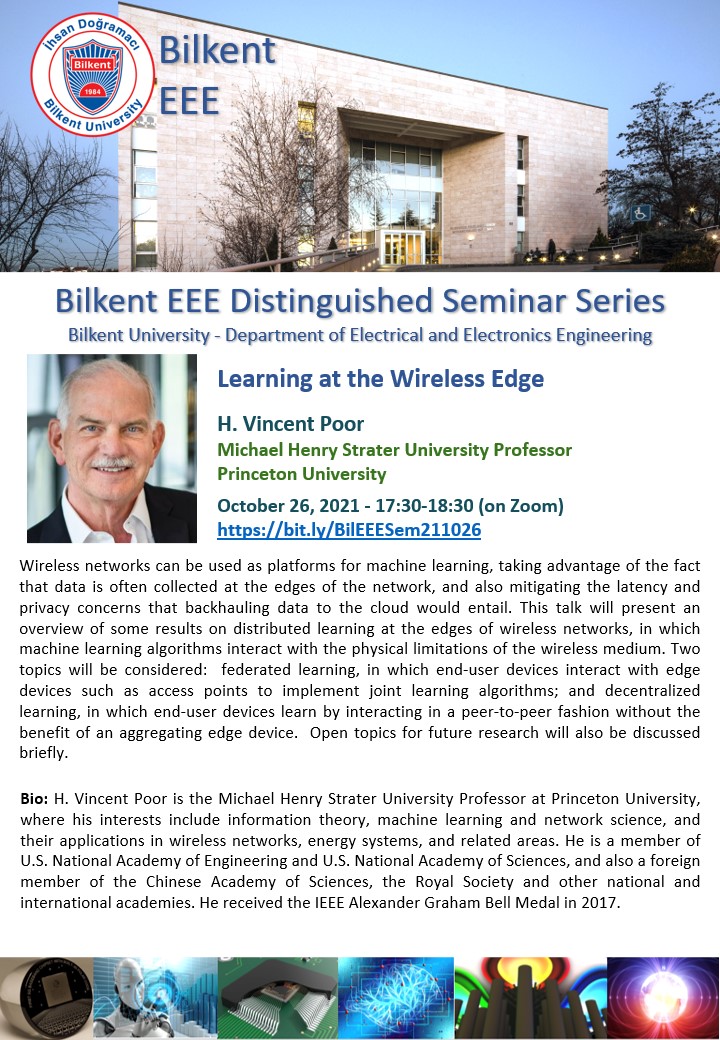 Learning at the Wireless Edge

Wireless networks can be used as platforms for machine learning, taking advantage of the fact that data is often collected at the edges of the network, and also mitigating the latency and privacy concerns that backhauling data to the cloud would entail. This talk will present an overview of some results on distributed learning at the edges of wireless networks, in which machine learning algorithms interact with the physical limitations of the wireless medium. Two topics will be considered:  federated learning, in which end-user devices interact with edge devices such as access points to implement joint learning algorithms; and decentralized learning, in which end-user devices learn by interacting in a peer-to-peer fashion without the benefit of an aggregating edge device.  Open topics for future research will also be discussed briefly.​

Bio: H. Vincent Poor is the Michael Henry Strater University Professor at Princeton University, where his interests include information theory, machine learning and network science, and their applications in wireless networks, energy systems, and related areas. He is a member of U.S. National Academy of Engineering and U.S. National Academy of Sciences, and also a foreign member of the Chinese Academy of Sciences, the Royal Society and other national and international academies. He received the IEEE Alexander Graham Bell Medal in 2017.​